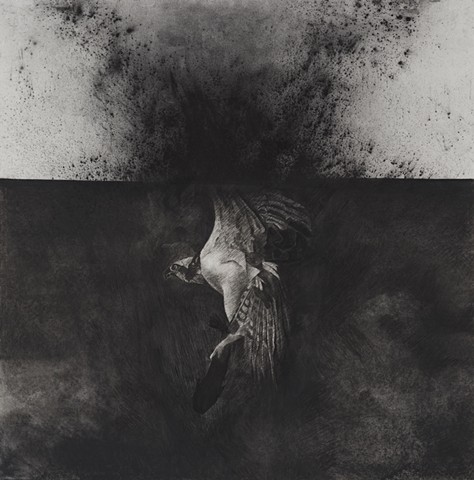 2019 Award of Excellence, Carnegie Center for the Arts Kristen Lowe's piece contains an astonishing command of charcoal. The work has spontaneity and surprises, yet other passages of patient, deliberate mark-making. There have been several articles written about the artist Anish Kapoor acquiring the exclusive rights to Vantablack, apparently, the darkest substance known. I wonder if Kapoor would reevaluate after seeing the fish in Lowe's drawing, rendered impossibly black by both the artist's masterful application of charcoal to paper as well as the impending doom of the fish's fate. ~ Roger Boulay